How to Become a Successful Introducing Broker (IB)

Abundance is an Inside Job

Why Cryptocurrency Deserves a Better Type of Lawyer

Stable Coins in a Regulated Market

beams community session: Why community-led is the future

BC4EU WEBINAR: Women in Blockchain: Policy and Regulation of the Blockchain Space | 8 March 2021

BC4EU Summit 2021 | The Convergence of Blockchain and AI - Transforming Industry

How can you use your skills to participate in the African start-up ecosystem?

Building a startup in 2020: Advice from the trenches

Advice for Hard-tech and Biotech Founders

How to set KPIs and Goals

How to launch a start-up in Africa?

The opportunities of the African start-up ecosystem

Public Services In The Digital Age

The Current & Future Role of Blockchain Based Evidence In Court

Redwood School - How to Build a Growth Engine with Blake Allsmith

Seeding Success In The Metaverse

Redwood School - How To Hire Your First Marketer

All Things Hiring with Yoni, Meghana and Shiyan

Redwood School - How SEO Works in 2022 with Bernard Huang

How does SEO work? Tactical training for startups

Setting Your Team Up for Success (RWS Fall 2020)

Will content marketing help my startup? Response by Scott Nixon

Setting Your Team (and yourself) Up For Success

How do you get your first customers? Response by Jon Morgan

How do I get my ad campaigns going as a startup? Response by Emily Lonetto

For Startups- Timing is Everything: How to Read Patterns & Identify Opportunities

Momentum of the European Startup Ecosystem

Next
No videos found

Next
No speakers found
LogoutSign up

Multi-instrumentalist, songwriter, and filmmaker Jack Conte may be best known as one-half of Pomplamoose, the indie-pop duo that racked up over 80 million views for their "VideoSongs" on YouTube — videos that show every step of the recording process without lip-syncing or dubs. As a solo artist, Conte's released five albums that fuse electronic, dance and pop. His most recent EP is out now on Patreon, the new funding platform he co-founded for independent artists like him, who release material online frequently for free. Recorded in September 2013 at XOXO, an arts and technology festival in Portland, Oregon celebrating independent artists using the Internet to make a living doing what they love. 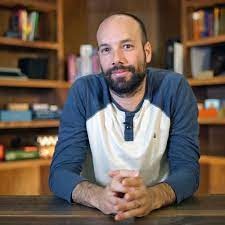 Co-Founder at Patreon, Half of Pomplamoose I I make things